As time went by the twins sprouted and soon became kids. 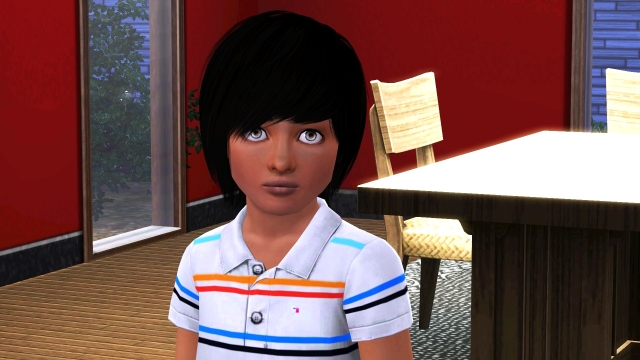 They were not the only ones who had aged.  Tom too had matured and reached the ripe old age of 40.  Flecks of grey shone through his thick luscious black hair and crow’s feet surrounded his green eyes.  Allie did not complain she loved her husband’s new “laughter lines.” 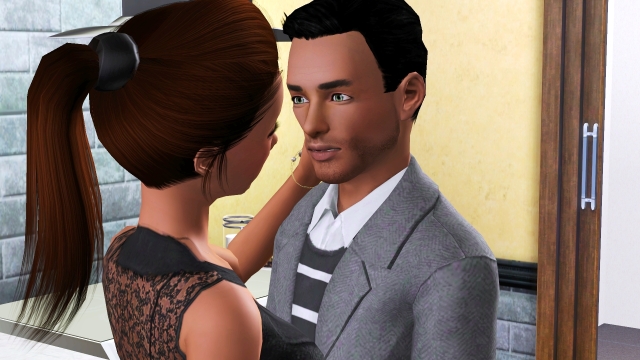 Now the twins were kids, their personalities had also developed and were shining through more and more.  Brendan had become a cheeky little chap.  He was an instant charmer and used his cuteness to mooch all sorts of things off people.  Allie and Millie saw right through him most of the time, but he had his dad wrapped around his little finger.

“I need some lunch money daddy,” was just one of his excuses. 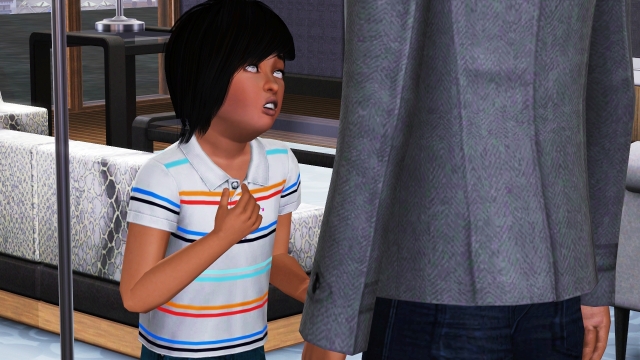 “I thought your mother gave you some money?”

“No she forgot again today!”

“Oh well here you go then and take some extra too for your sister.” 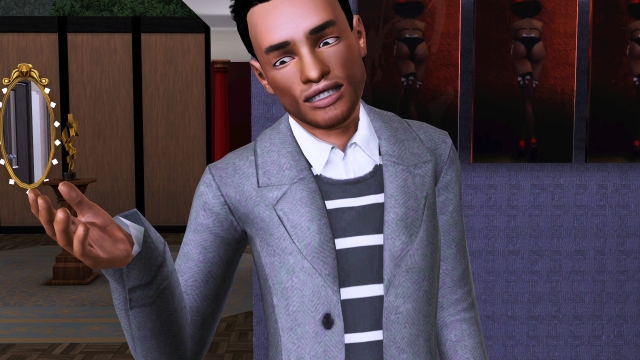 With his pockets full, Brendan would either stash the cash for another day or dash off to the sweet shop to spend his fortune.

Brendan and his father were still as close as ever and would spend lots of father and son bonding time together.  Brendan was especially fascinated with his dad’s musical talents.  “Please please please can I have lessons,” he would beg his parents.

“When you are a little older,” They would reply.  So he would resign himself to watching his dad strum away on the grand piano looking forward to the day when he could play the instrument and be as good as his dad.

In contrast to her brother, Bella was a little quieter but just as radiant.  Her passions lay in the arts.  For her birthday her parents had purchased an easel and some paints and Bella had taken to it like a duck to water. As she loved being outside, she dragged the easel onto the balcony and painted endless pictures of the beautiful vistas around her.

But Bella’s creative talents did not end with painting.  She found the world around her beautiful, remarkable and poignant.  She was always outside basking in the joys of her surroundings.  She imagined how it would look in a painting, in a photograph or hanging on her wall.

She would skip through the parks and gardens of Bridgeport capturing butterflies and insects, inspecting their every colour and shade memorising them so she could go home and paint her memory.

But she would never keep hold of them.  As soon as she had studied them until they were etched in her brain, she would release them back into the wild and watch as they fluttered away back into the world. 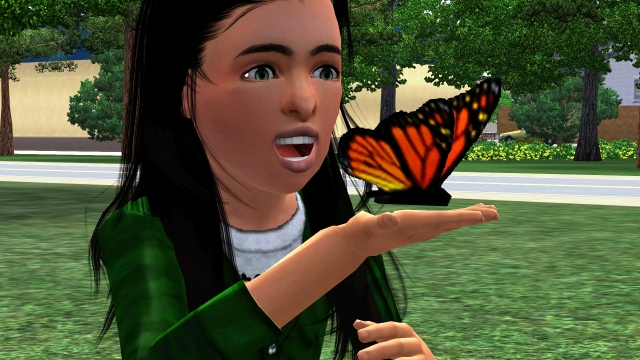 The other thing that Bella loved to paint was her brother and sister.  She adored them and even though she did not like to join in their energetic activities, she was always nearby watching, painting and immortalising them in her pictures.

April and Brendan were very close and had similar interests.  Tom had recently purchased a collection of retro video games and the two of them would challenge each other to match after match.

April was great with her baby brother and sister and would always invite them to play games with her whenever they were at home together. Allie felt blessed that all her children got along so well.

But like everyone, April was also growing up fast and soon the time came for her birthday.  Because her last one had been a bit dull, her mother promised her a big pool party for this one.  She invited all her friends from school. Some were still kids like her but as she was one of the youngest in her year, most had already aged to teenagers.

As a special treat, Allie hired Kirk Moon who had become a teen internet sensation with his hit, “Baby you’re mine.”

The three Starr kids went wild for him and danced all afternoon to his performances.

After Kirk had left, Allie bought the birthday cake out for April.  Everyone sang Happy Birthday, blew their horns and cheered as April blew out her candles. 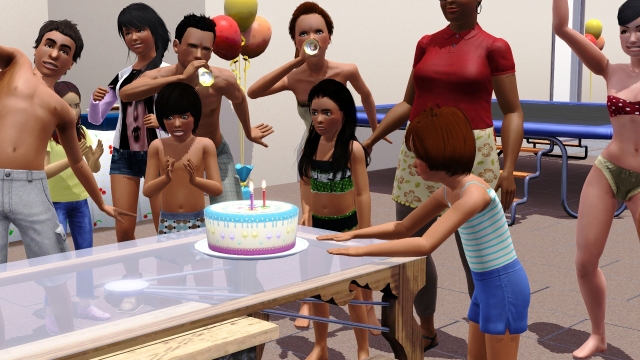 April aged up into a beauty just like her mother. In fact she looked so much like her mother that if it had not been for her chocolate coloured eyes, people would have thought they were twins.

That night when all the guest had left and the last plate had been washed up, April crept from her bed into her mother’s dressing room.  She examined her new body and felt sad.  She did not like how she had grown.  Her hair was too long and thick and she looked just like everyone else at school.  She also felt different inside.  It was her but not her and the unfamiliarity scared her.

She pulled out her dads hair clippers and started to shave.  The result was dramatic, but April loved it.  “Now that’s more like it,” she cheered pointing at herself in the mirror.

With her new body, came more power.  She felt she could run more and push herself even further in her sports.  She utilised her dad’s gym in the basement, running for hours on the treadmill and pumping iron on the weights.

She loved the results she was getting. Her body became firm and strong and she had muscles forming in places she never knew existed. 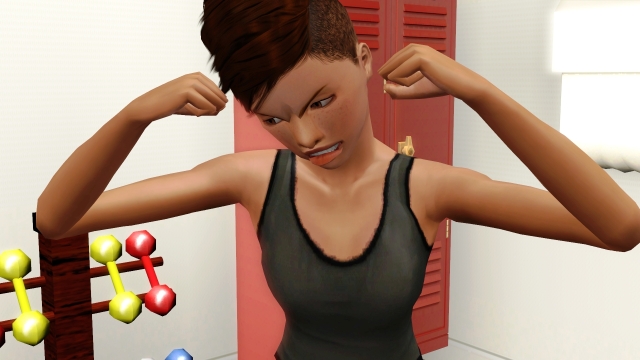 At school she had joined all the sports teams she could.  “Are you going to try out for the football team then,” her best friend Sissy asked her one day?

“Oh I don’t know Sis.  No girl has ever made the football team. It’s even frowned upon to try out.  I don’t know if I can go through with the rejection.” 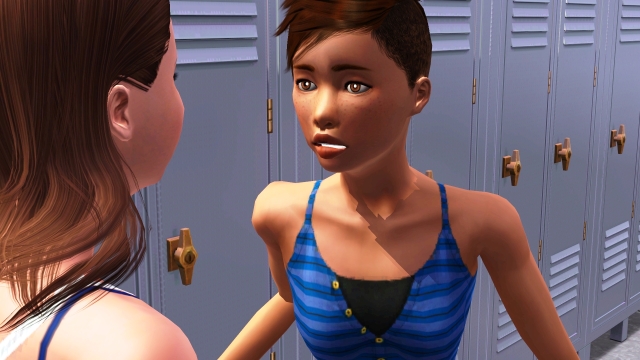 “But you’re amazing April.  You would be the best player on that team and I am sure the coach knows that too.  If you don’t try you will never know.”

“Yeah I guess,” April replied.  It would mean the world to her to get on the team but it would be the end of the world if she didn’t.

“Well if you don’t then we can always join the Glee club,” Sissy replied mockingly trying to cheer her friend up.  “I bet you’d be great singing and dancing around a stage.”  April could not help but laugh, the idea was just so ridiculous to her.

Though April was doing well at school, things at home were not going so well.  Since becoming a teenager Allie had noticed a significant change in her daughter.  Gone was the little girl who smiled the whole time and in her place was this grumpy stranger.  April hardly interacted with her family at all anymore and was late home every day missing dinner most evenings. Allie still laid out a place for her every day at the dinner table hoping that this was the day that she would join family.

When Allie heard the front door swing open and footsteps approach she would always get excited. Maybe tonight! 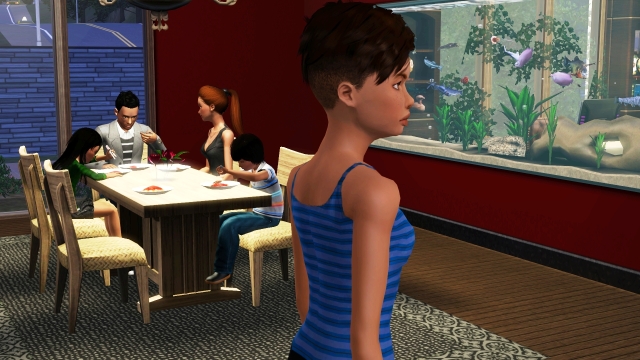 “April darling, dinner’s waiting for you,” Allie would call after her.  But April never stopped and then Allie would hear the familiar slam of her bedroom door. 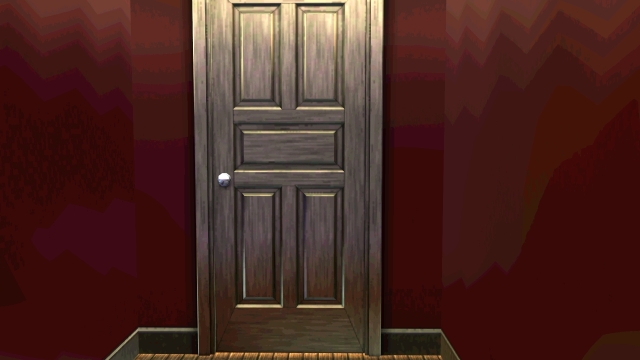 “Don’t worry,” Tom would tell his wife sensing her hurt.  She’ll come around.”

But Allie was not so sure.  She knew something was wrong and she knew she needed to get to the bottom of it. 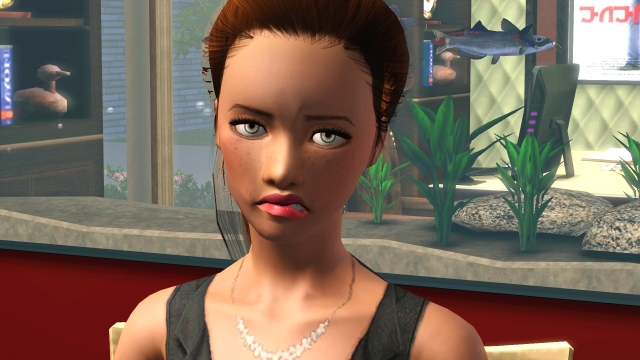 The next day was a Saturday and when Allie came home from the studio’s she heard the laughter of her oldest daughter radiating through her bedroom door.  She had not heard that laugh in so long so she supposed now was as good as time as any to confront her.  As she opened the door and walked in, April was larking about with her best friend Sissy. Seeing her smile nearly brought tears to Allie’s face.  She had such a beautiful smile. 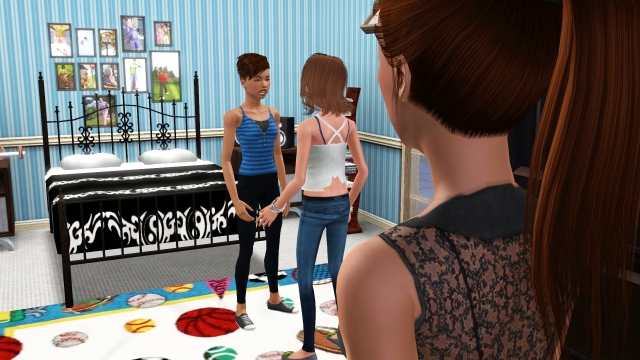 Seeing her mother walk into her room, April’s face shifted looking her mother in the eye.  “What are you doing in my room?!  GET OUT,” she yelled. 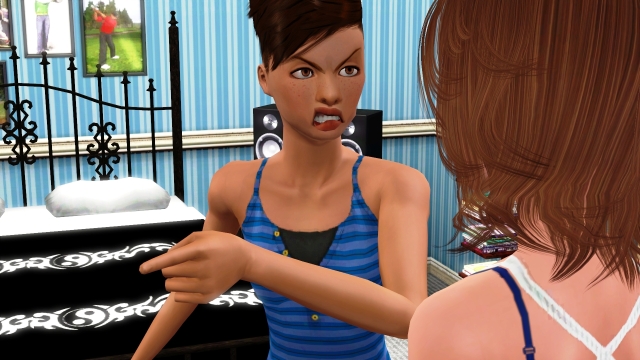 “April I would like a word with you now please.” She then turned to Sissy.  “Sissy would mind leaving me and my daughter for a moment.” 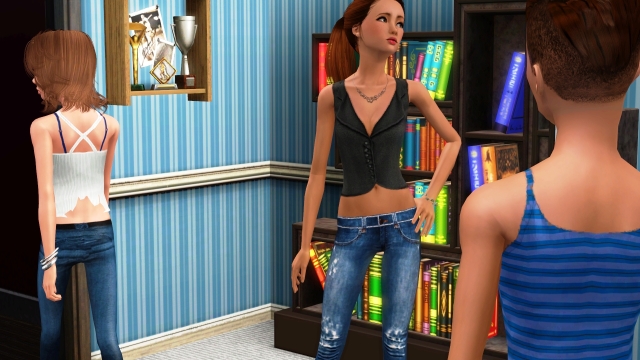 Allie stood looking at her daughter snarling back from her.

She took a deep breath.  “April darling, your father and I am really worried about you.  You don’t seem your happy self these days and I was just wondering if you wanted to talk to me about anything?”

“No, I’m fine,” April snapped back looking from her mother to the ground like she was hiding something.

“April please talk to me.  I love you so much and I hate to see you so grumpy like this all the time.  Please tell me what’s going on!”

April’s lower lip started to quiver and Allie was sure her daughter was about to burst into tears.  Instead, April sucked in a deep breath and Allie saw fire in her eyes.  “For god’s sake mum,” she yelled.  “I’m fine except that you’re on my case all the dam time.  I just want to be left alone, can’t you understand that!”

“Ok, ok,” Allie replied saddened by her failure to get through to her daughter. “I’ll leave you alone for now but remember I am always here for you to talk to no matter what. I love you.”

Tears started streaming from April’s eyes and Allie tried to comfort her daughter but she just pushed her away.  “Please get out my room mum,” she barked. Allie did as she told but left with a heavy heart.

On the other side of the door, Sissy was awkwardly waiting.  “You can go back in,” Allie told her looking up to notice the twins whispering at the end of the hallway. 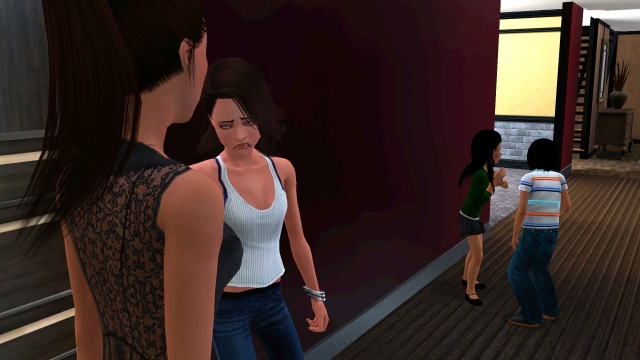 “What’s up with you two,” Allie asked her youngest kids.

They both turned to her and looked up with worry in their eyes. “You ask,” Brendan whispered shoving his sister forward.

Bella looked up at her mother. “Mummy, what’s the matter with April?  Why does she not want to play with us anymore? Did we do something wrong?”

Allie thought her heart might break. “Bella darling, you guys have done nothing wrong I promise.  Your sister is just going through an awkward teenage phrase right now.  I’m sure she will get over it soon.”

Allie scooped her daughter into a big hug.  “Me too darling, me too.”

Back in April’s room, Sissy was comforting her friend.  “You need to tell them,” she said.  “They need to know.”

“I can’t,” April replied.  “I don’t think they will understand!”

“Of course they will, they love you.” Sissy countered.  “The truth will set you free.”

This entry was posted in Generation One. Bookmark the permalink.