Birthdays come and go in the Sim world often and the twins were not immune to this.  They grew into two healthy teenagers with Brendan looking like a mini Tom and Bella sporting a look that was a true mixture of both her parents. 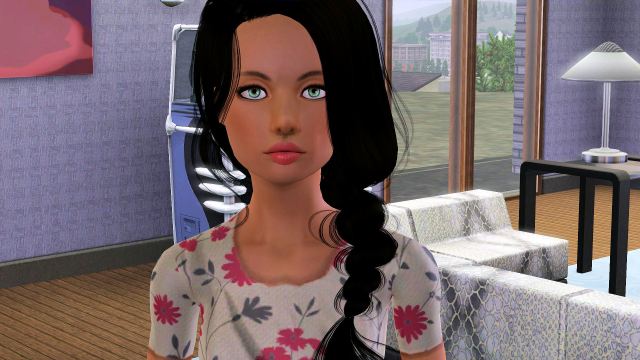 Allie watched on with her wrinkled face.  She too had aged and the lines or worry and laughter of the years had mapped themselves across her face.

As she watched her youngest children she could not help but worry.  Would they too become difficult and distant like their older sister?  Would puberty take away her happy children and replace them with strangers?  But Allie had nothing to worry about. Both Brendan and Bella were just as happy and jovial as they had always been.

For his birthday, Brendan had been presented with a brand new sparkling guitar. Tom and Allie had finally given into his demands to play an instrument and it was the best gift he had ever received. He carried that guitar with him everywhere.  To school, to the supermarket, even when he went to the bathroom.  His practiced every day and even though he was not very good at first, he got better and better and it was obvious he had inherited his dad’s virtuous talents.

But that was not the only talent that Brendan had inherited.  When Bella and Brendan arrived at school the day after their birthday, a harem of girls suddenly swooned around Brendan.  Bella just looked on in surprise.

“Whoa Bella.  What happened to your brother,” Gaby, Bella’s best friend shrieked coming over to join her.  “He is soooo HOT!”

“Euuuuwww Gaby,” Bella shrieked back.  “That’s Brendan you’re talking about. You wouldn’t think that if you saw him at home. He picks his nose and everything.”

“I wouldn’t care, he could do anything around me,” Gaby replied gazing adoringly at Brendan.  Bella pretended to throw up, but Gaby just ignored her.  Her best friend’s brother had just become the hottest ticket in school!

But Brendan appeared at first to be completely oblivious to his sudden popularity.  The next day when the three Starr kids stepped off the school bus at the school gates there was a cluster of gaggling girls waiting for him.  Including Gaby and one of the girl’s mothers!

They screamed his name when they saw him all pulling poses to try to impress him.

“Your fans are waiting for you Brendan,” April teased.

“It’s so embarrassing,” Brendan replied covering his face.  “What do they want from me?”

“I think they want your body,” Bella mocked. “Naked and dipped in chocolate.”

“Oh shut up,” Brendan replied punching his sister on the shoulder.  “I’m sure they don’t. I’m sure it’s just a huge misunderstanding.” 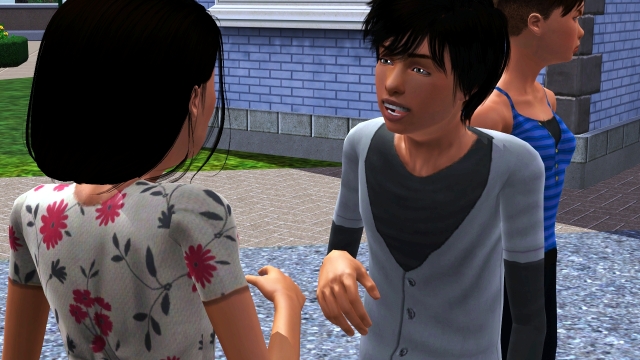 But it wasn’t and every day Brendan’s harem followed him around the school. Brendan insisted he hated all the attention but Bella knew differently.  One day her and Gaby were walking to class when they court Brendan holding caught with a group of girls giggling at his attempt to impress them. 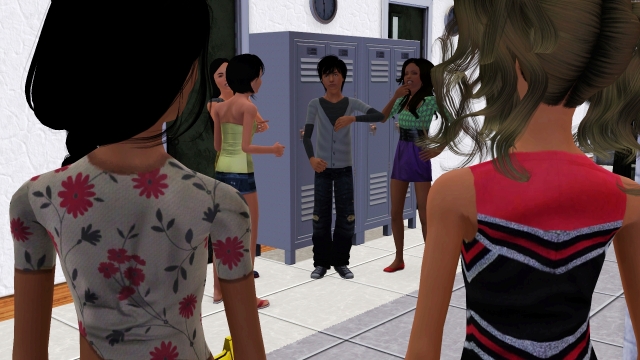 “Oh god, he’s making such an idiot of himself,” Bella said in shame. 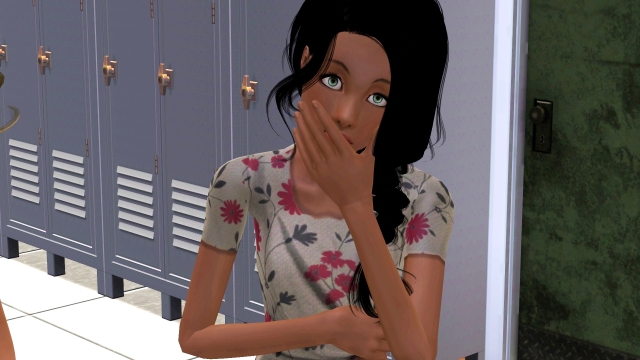 “You’re telling me,” Gaby snapped back.  “I can’t believe he is linking arms with that Melissa Stanford.  She’s such a slut!”

Bella turned and looked at her friend’s disgusted face and could not help but laugh.  How can so many girls have fallen for her silly brother!  “Oh Gaby, get over him,” Bella giggled.  “He’s just a silly boy.”

For Bella’s birthday her parents had given her a camera.  They knew how much she loved her art and thought that the camera would be much more convenient that dragging her easel around with her everywhere. It was a very high tech camera and took some getting used to.  But once she did, Bella basked in her new gift. Suddenly the world had opened up even more to her and she could capture her favourite things in a flash rather than through hours of hard work.

Bella’s other favourite thing was to hang out with Brendan and his band. Brendan had put it together as soon as he was able to strum a few chords on his guitar.  Tom and Allie had allowed their son to utilise the empty garage and the band practised there every day. 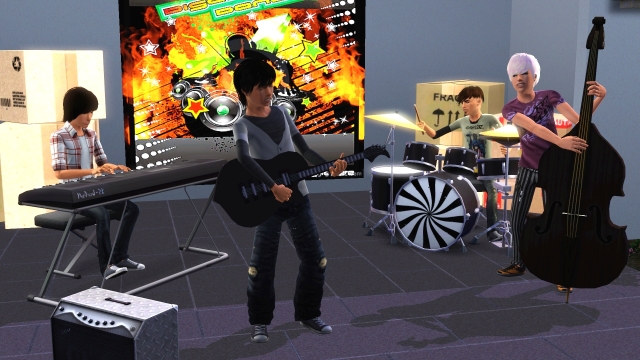 Bella and her girlfriends would raise the boy’s egos by hanging out and gyrating to their tunes.

The girls would dance their socks off each trying to impress a different boy in the band.

Gaby’s love interest was obvious, it was Brendan.  Ti, Bella’s other best friend, was after Alfie the keyboardist.

And for Bella, her affections lay on the drummer, K.C. Clarke.  He did not go to the same school as them. He was the son of another famous actor his parents knew and they had all met just that summer when his parents had come round to theirs.  He was also a few years older than Bella and Brendan and teamed with his bad boy look, Bella was smitten.

Brendan asked Bella to take some promotional shots on her camera of the band and Bella was only too delighted to help.  She took them up to the highest point in Bridgeport and snapped away.  Even though artistically she was directing all the boys, her eyes were certainly always fixed on K.C.

Allie was so proud of her daughter’s photography.  She made sure to hang her favourite work on the walls at home for everyone to see and would boast about her daughter’s talents to her friends all the time, much to Bella’s embarrassment.

One afternoon April thought she was home alone.  She went and worked out in the basement and then decided to go and watch some TV in the lounge. But when she entered the room she heard giggling coming from outside. As she made her way to the French doors she saw in horror her little sister in the arms of K.C. Clark.

“Get the hell off my sister,” she screamed storming outside and pulling the boy away from Bella.

“April what are you doing,” Bella screamed back at her. But April ignored her and kept her gaze firming fixed on K.C.

“How dare you think you can come to our house and push yourself on my little sister who is so much younger than you,” she continued ranting. 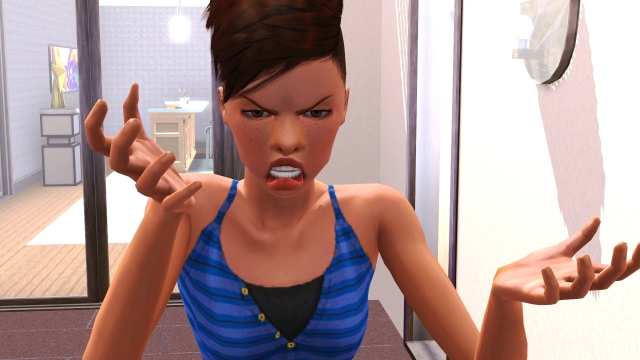 “April please,” Bella screamed back. “K.C’s done nothing wrong. I came on to him.”

But April continued to ignore her.  ““Men like you make me sick.  Taking advantage of someone like Bella.  Who do you think you are?”

“You better get out of my face,” K.C. spat back and Bella thought at one point he was about to hit her.

Just in the nick of time, Brendan came running around the corner.   “Hey hey hey,” he said forcing April and K.C’s faces apart.  “Calm down you two.”

“Now would someone like to tell me what’s going on,” he demanded looking from Bella to K.C to April and then back again.” 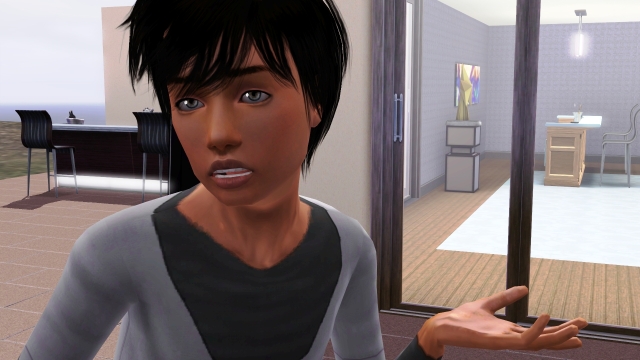 “It was a simple misunderstanding,” Bella replied looking sheepish.

The three of them watched as K.C strode off all with a different stricken look on all their faces.

April turned back to her brother. “It was hardly a misunderstanding,” she snapped.  “If you really want to know I came out here to find your mate K.C. all over Bella here.  And I mean all over. He even had her pressed up against the wall with his tongue jammed in her mouth.”

“Oh yeah I forgot, you would rather be a miserable old butch bitch then to have any happiness,” Bella snapped back.

“What did you call me…..?” April screeched squaring up to her sister.

“What is going on out here?”  All three of them suddenly looked up to see their mother standing over them. 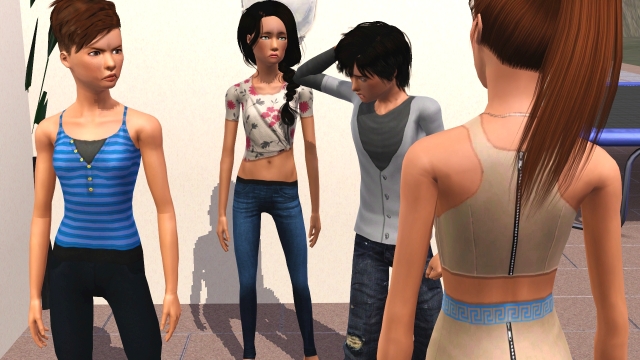 “Bella is that what it is?” Allie asked her troubled looking daughter.

“Yes mum, its nothing. Honestly,” Bella replied forcing a fake smile on her face. 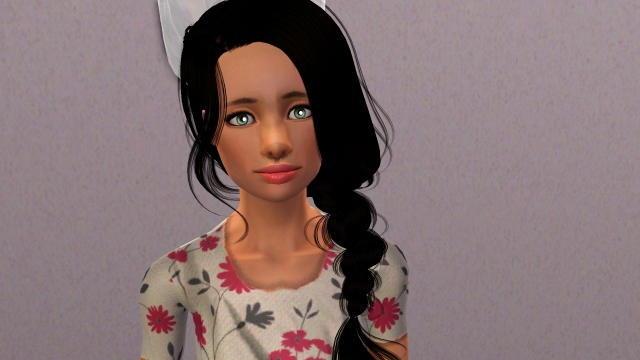 Allie looked at her kids long and hard until she realised she was not going to get anything out of them.  “Ok then.  Now go inside all of you. It getting dark and cold and dinner will be reading in a minute.”

They all skulked off in different directions leaving Allie standing on her own.

She watched them all leave and let out a huge sigh.  She remembered back to the first day she arrived in Bridgeport all those years ago. How things had changed.  It had been hard work and even though things were still unpredictable, she would not have changed a thing!

This entry was posted in Generation One. Bookmark the permalink.