“You see here, this is your daddy Charlie,” Allie said pulling her grandson tighter against her and turning another page in the photo album.

“Daddy,” Charlie sputtered pointing at the picture of Charlie.

“Me see me see,” Carter chirped bounding over from his toy box in the corner of the room.

Allie pulled out another album and propped it in front of Carter. “Here are some more pictures Carter,” she said opening the wedding photo album and leaving him to leaf through it.

“Oh mum, you’re not showing them those old photos again are you,” Bella said coming from out of the kitchen. 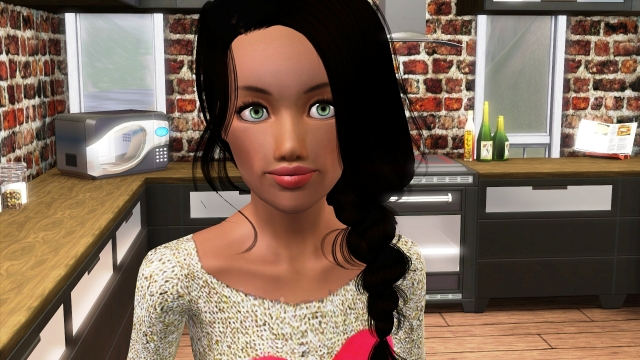 “Why not,” Allie replied getting up off the floor and letting out a slight moan of pain.  “They love looking at pictures of their dad.”

“Are you ok mum,” Bella asked noticing Allie’s angst. “You need to be careful, you’re not as young as you used to be you know.”

“Stop fussing you, I’m fine. Just stiff bones is all. How are you holding up anyway?”

“Oh I’m ok.  I feel much better now the house is all finished and we finally have a home again.”

“You know I’m so proud of you honey.  Getting this house standing again.  Raising the boys on your own…”

“I couldn’t have done it without you mum,” Bella replied. 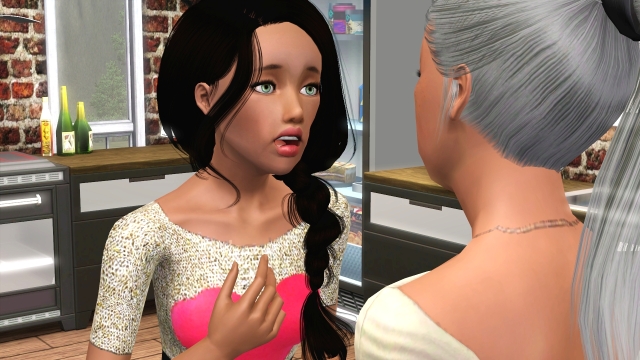 “Charlie would have been proud of you too you know.  Of you and the boys.”

“Thanks mum,” Bella sighed her eyes glazing over with tears.  It had been over two years since Charlie perished in the fire but Bella still grieved for him every day.

Not wanting her daughter to slip again into the big black hole of grief that she had only recently dragged herself from, Allie quickly changed the subject.  “Anyway, shouldn’t you be getting ready? Gaby will be here soon.”

“Come on Bella, you need to get out,” Allie replied putting on her stern mother voice.  “Staying in all the time is doing you no good.”

“But what about the boys?  You shouldn’t have to look after both of them on your own!”

“I won’t be, Millie is coming over to help me remember.”

“Don’t be so silly Bella.  You’re going out and that’s the last I want to hear about it.” 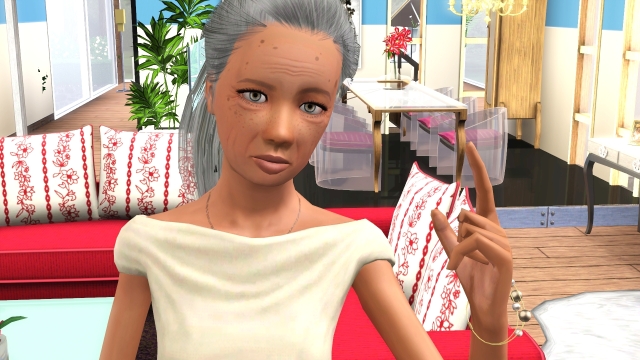 Bella knew she was being silly but she had not had a night out since the twins were born and she just did not think she could face it.  She reluctantly showered, plucked, shaved and buffed herself for the first time in a long time.  Then she squeezed into an old little black dress that she had dug out.  Checking herself out in the mirror she felt fat and old.  “I wish you were here Charlie,” she whispered to herself.

“Wooohooo,” Gaby hollered as Bella opened the door to her.  “Let’s party!”

“I think you need the night out more than I do,” Bella laughed.

“You’re telling me. Four children and a husband who is like a fifth child, I have been waiting for this night for weeks!” 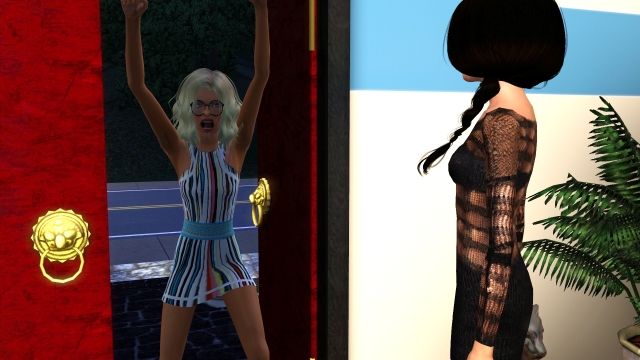 Bella kissed the boys goodbye and then apprehensively left her mother and Millie to oversee the toddlers.  She felt sick walking out of the door but knew she had to pull herself together and it was good for the boys to be apart from her for a while. 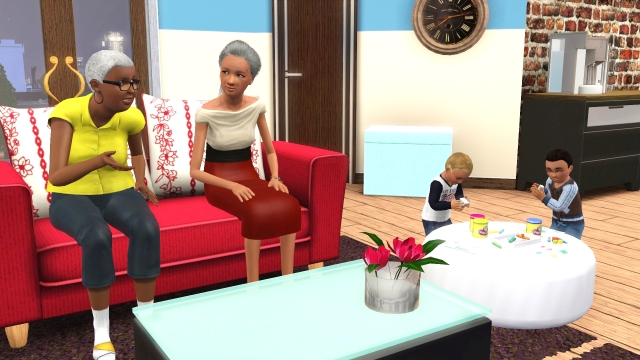 “How’s she holding up,” Millie asked when Bella had left.

“Well you know.  She has her good days and her bad days.  Sometimes I hear her crying to herself in her bedroom but its getting better that’s for sure.”

It was over 30’s nights at Club Liquid, the psychedelic bar in Bridgeport.  Bella and Gaby settled themselves into the corner with a glass of red wine and a week’s full of gossip to get through.

“I know you don’t wanna be here Bella,” Gaby started, “but at least try to pretend you are enjoying yourself.”

“Sorry Gaby. I am trying, honestly.  I just feel a bit out of place.”

“I know darling. I do too. But its time to get your life back on track and today is the first day of the rest of your life.”

“Excuse me ladies, but do you mind if we join you?”  Gaby and Bella looked up to see two men standing over them grinning. 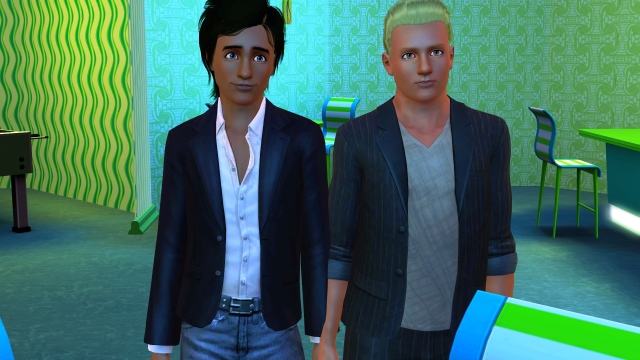 Bella glared at Gaby but she just smiled sweetly at the men and Bella had no choice but to go along with it.

They all introduced themselves and shook hands.  “Wow…. Bella,” the man to her left said looking at her.  “That’s a really lovely name.”

“I’m married,” Bella snapped back not wanting to lead the man on any further. 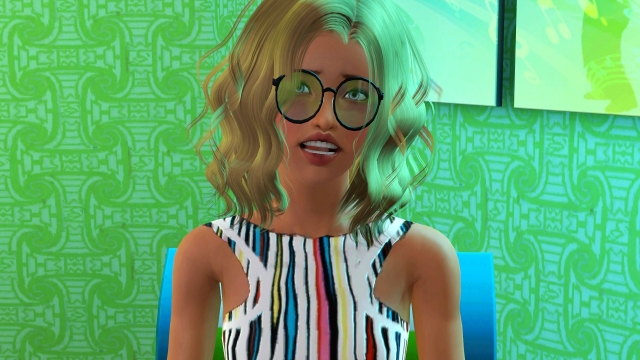 “What are you doing,” Bella hissed out the side of her mouth towards Gaby.

“I’m getting your life started again,” Gaby mouthed back at her.

All Bella could do was turn around and smile as sweetly as she could through gritted teeth at the men.  She reminded herself to kill Gaby later. 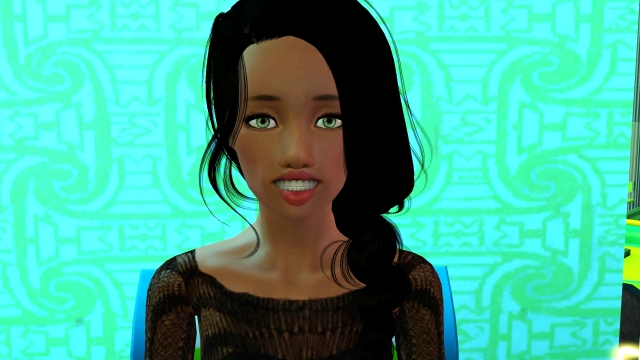 Four hours later, the two drunken girls fell through the door of Bella’s house.  “I can’t believe you gave that guy your number,” Gaby cackled.

“Me neither,” Bella chuckled back.

“No but seriously Gaby,” Bella said stifling her laughs. “Thank you so much.”

“For everything.  For the last couple of years and for taking me out tonight. I really needed it.”

“What are friend for,” Gaby replied pulling Bella into a hug.  “Saying that I better get home. Brian is on his own with the kids and he’s probably having a nervous breakdown by now.”

The following day, Bella dragged her hung-over head to a lucrative photography job.  She rushed home as fast as she could afterwards desperate to slump onto the sofa and rest her weary head.

“Hey everyone,” Bella said waving to her family.

April was round gossiping with their mother and Kitty-Boo was on the floor playing with the boys.

“Mama,” the twins screamed unsteadily pulling themselves off the floor and wobbling over to her.

They were getting too big to pick up at the same so Bella scooped them both up one by one planting them with kisses and cuddles. “Hey my boys, I missed you,” she said smelling their lovely baby smell.

“There was a call for you,” Allie called out her daughter.

“Oh yeah, who was it,” Bella replied popping the boys back down to play with their new toys April had bought for them.

“It was a man,” Allie replied winking at April.  “His name was Phil.  I wrote his number down for you.” 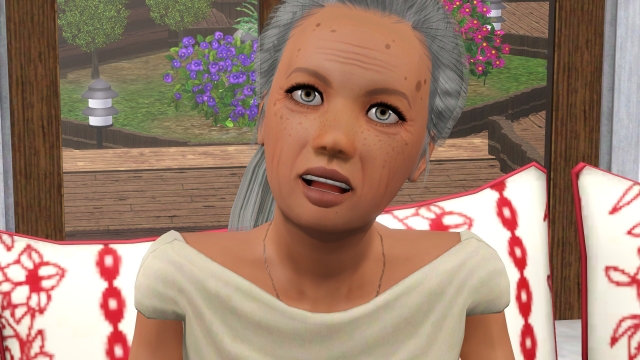 Bella let out an awkward laugh and headed over to the coffee machine.  She needed something strong.  April followed her over.  “So who’s Phil,” she teased.  “Are you going to call him back?”

“Oh he’s no one,” Bella replied.  “It’s nothing really, just a guy I met last night and I was drunk enough to give him my number.  But I’m not going to call him so you she needn’t get excited.”

“Awww, such a shame.  Mum and I were imagining all sorts of things.”

“Well you can imagine away but nothing’s going to happen. The only men in my life are Charlie and Carter.  Speaking of which, thanks for helping mum with the boys today.  I wasn’t going to take the job but it was such good money I couldn’t turn it down.”

“No problem,” April replied.  “I love spending time with the twins. And Kitty Boo loves seeing her cousins too.” 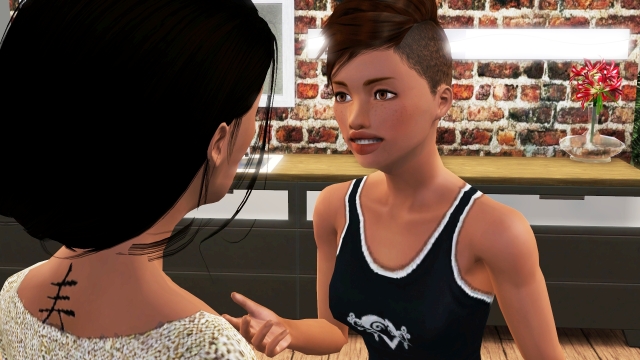 “But there was something I wanted to ask you about.” April leant in closer to Bella so Allie could not hear.  “How do you think mum seems these days?”

“She just seems very tired to me and she was complaining about soreness earlier. As you live with her I was wondering what you thought.”

“Yeah I have noticed it too hence why I don’t want her to have to look after the boys on her own anymore although she insists she’s fine.  I guess she’s just getting really old now.”

“Yeah I guess she is,” April replied looking sullen.

“I’ll keep a closer eye on her,” Bella said reassuringly.  “I’m sure she will be fine.”  The two girls looked over at their mum rubbing her neck with a look of pain in her face.  She reminded herself to call the doctor first thing in the morning

Here are some images of the new house. 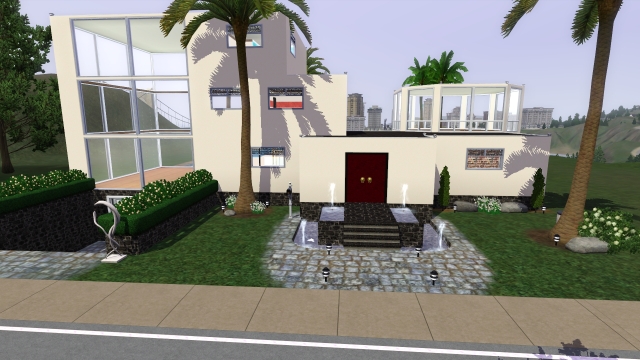 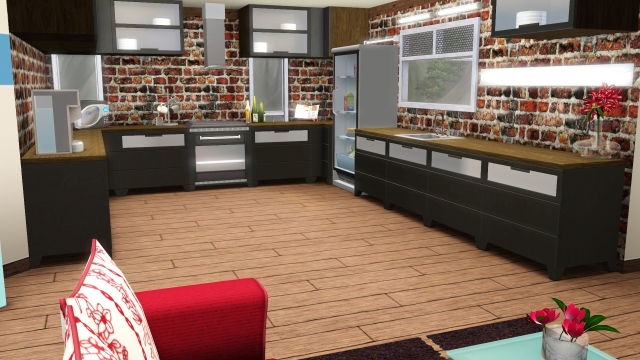 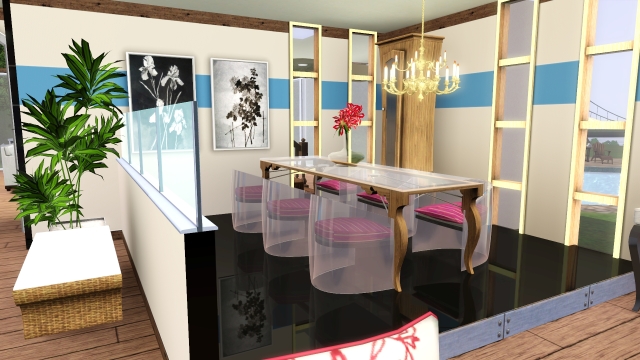 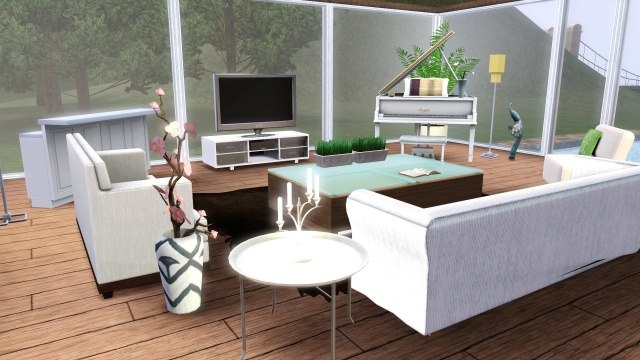