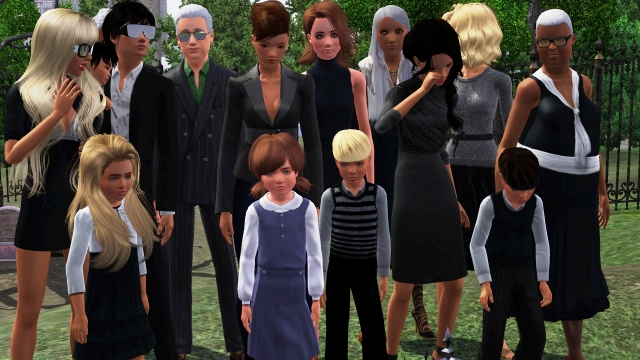 Allie died on a Tuesday morning. Her whole family was with her as she gently slipped away.  Brendan had come home with his family, Champagne, Peaches and baby Jude.  Hidden behind his rock star glasses, Brendan was completely beside himself but tried his best to keep his grief hidden from his family. Especially as Champagne appeared to find any weakness in a man a complete turn off. 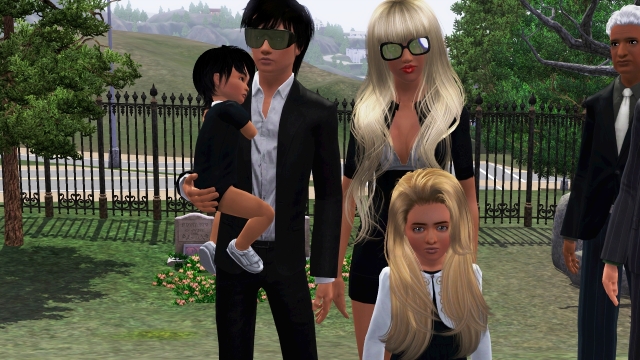 In fact everyone was in pain at the death of one of Bridgeport’s most beloved actresses.  Scores of people turned out for the funeral although most were not permitted inside the gates of the cemetery.

But no one seemed to suffer as much as Bella.  “Why does everyone I love die,” she wept to her sister April.

“Darling that is not the case,” April replied comforting her sister while trying to hold herself up.  “Mum and dad were old, it was just their time.”

“I wish Charlie was here.”

“Me too,” April replied cradling her sister.

“I hope the boys are going to be ok,” Bella continued wiping her eyes and looking around for the twins.  “I think Charlie has taken it the worst. He has really gone into himself.” Both girls looked round at Charlie sitting in the corner, head tucked into a book.

“Charlie’s fine,” April replied.  “He has always been a bit of a loner and it’s probably best to leave him to work these things out on his own. Both him and Carter were very close to mum. It’s bound to effect them.”

“Well that’s just it.  They were both close to mum but Carter does not seem to care at all. He is running around like nothing’s happened, still be the joker he always was.” They look around and see Carter making faces with Gaby and generally larking around.

“Bella come on.  They are both strong boys, stronger than you think. They just deal with things in their own way is all.”

“I guess you’re right April, but I can’t help but worry about them.” 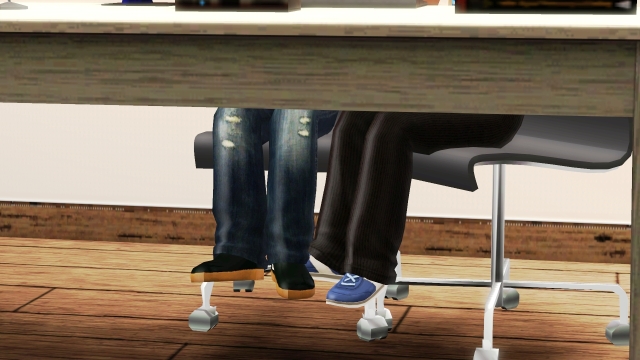 Bella could hear the boys squabbling from downstairs.  “What is going on in here,” she said bursting through their bedroom door.  “I’ve been calling you boys for dinner for ages now!”

“Nothing,” both boys said at the same time switching off the computer screen and peering up at their mother with angelic eyes.

After she had left the room, Carter switched the computer screen back on. “Phew that was close,” Charlie said.

“Sure was but she didn’t see. Now let’s just check these guys out and then we’ll go for dinner.”

“How about that one,” Charlie said pointing at the screen. “He says he has a dog. That would be pretty cool to have a new dad with a dog.”

“Nah, he’s not the one for mum.  Far too slushing.  See here he says he wants someone to go for long walks on windy beaches.  YUK sounds like a pansy to me.”

“We’ll keep looking. There are plenty of these dating sites for adults.  We just need to find the right one for mum and the best dad for us.” 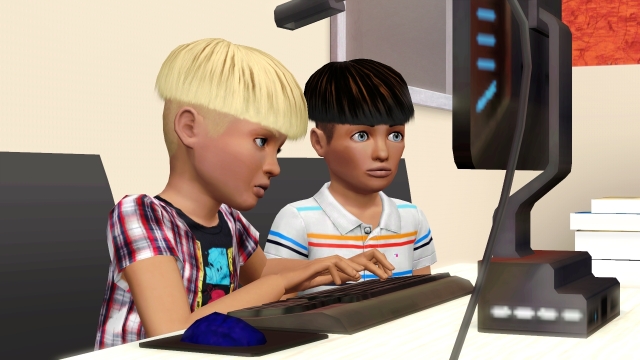 The next day after school, Carter and his best friend Victor are playing in the garden, larking around and generally getting up to mischief. 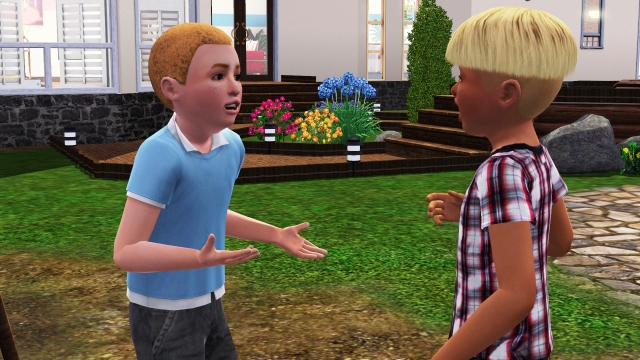 Like Carter, Victor was a daredevil but liked to take things much more to the extreme than Carter.  “Look here,” he would call out.  “I’m eating dirt and worms and everything. Yummy.”

Carter would laugh along with his friend but even he was grossed out by him.  “You’re so wrong Victor. Just so wrong,” he would giggle.”

Bella stood on the deck watching her son and friend play together.  She watched as they cavorted round the garden digging up insects and chasing each other with them. Silly boys, she laughed to herself remember her and Brendan and April doing the same as children.

“Hey Charlie, come and play with us,” Carter called out to his brother.

Bella turned to see Charlie sitting on a bench in the shade with his head tucked into one of his school books. “No thanks,” Charlie called back without even looking up.

“Suit yourself,” Carter replied and ran off in a game of chase with Victor.

“What’s wrong with your brother,” Victor asked him.  “Why does he never want to join in?”

“There’s nothing wrong with him,” Carter snapped back. “He’s just a bit of a book worm is all. Anyway, you’re IT!”  He tapped Victor on his arm and then ran off with Victor hot on his tail.

Bella watched as one son ran off into the undergrowth and then headed over to sit with her other one.

“Hey kid,” she said sitting herself down next to Charlie.

“Hey mum,” he replied still not looking up from his book. The two of them sat in silence for a while, Bella waiting for Charlie to say something, Charlie enjoying the silence. Eventually Bella turned to him.  “Charlie darling is everything ok with you?  You know I am always here if you want to talk about grandma or anything.”

Charlie shook his head and then looked back down to his book. After a few seconds he slammed the book shut and looked back up at his mother. “Actually there is one thing,” he begun.  “Do you think I’m weird mum,” he asked.  “Because I don’t want to run around and play in the dirt like Carter?  Or have goofy friends like Victor?”

“Of course you’re not weird darling,” Bella retorted trying to sound as soft as possible but feeling so sad for her little boy at the same time.  She pulled him into a big hug and whispered in his ear.  “You know your father was just like you. He loved to read and he was super clever.  He would have been so proud of you.” 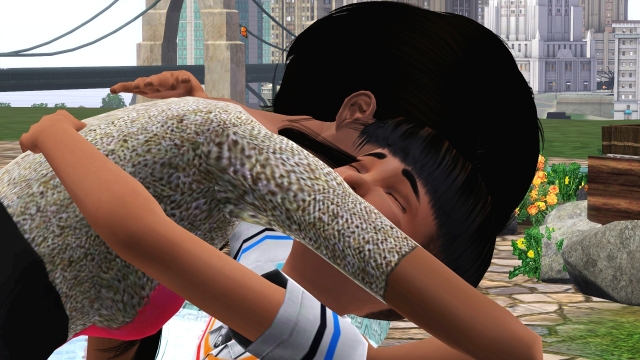 Charlie squeezed his mum back and as she released him she saw he was grinning from ear to ear. He pulled out his book again and buried his face in it.  The two of them sat like that watching the sun set over Bridgeport and basking in the hot evening air.

“I’ve caught one,” Carter squealed scooping up the bug and showing it off to his friend with pride.

“So what, I catch those ones all the time,” Victor snipped back.

Carter released the bug and the looked around for something else to impress.  “Hey did you hear about that meteor that crashed into Bridgeport the other night,” Victor said changing the subject.

“Yeah Matthew at school told me but I heard it was all a rumour and it’s not true.”

Carter saw the excitement in his Victors eyes and was desperate to go along for the ride.  “Ok, let’s go after school tomorrow.” 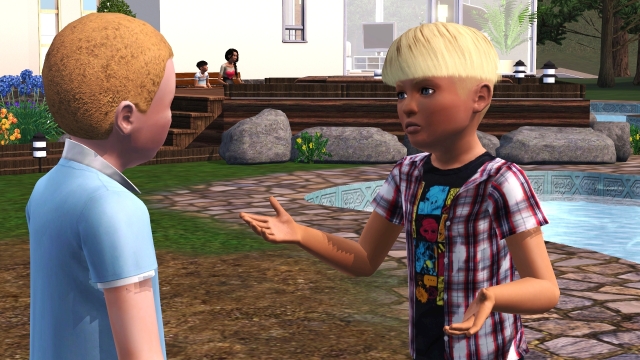 “But its getting dark and I don’t think my mum would let me go.”

“Come on scardy cat.  Do you always do what your mum says?”

Carter looked over at his mum and Charlie deep in conversation, they probably would not notice if he was gone for a couple of hours. 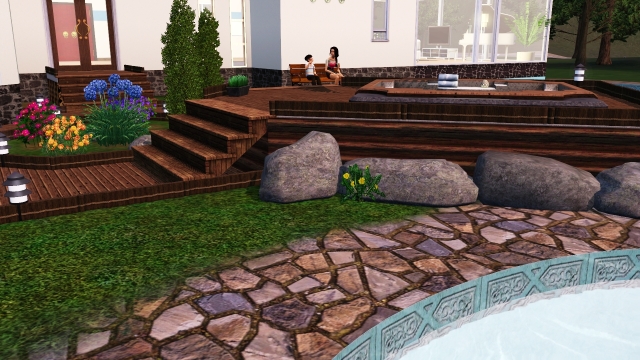 “Ok, let’s do it,” he replied feeling nervous inside.

The boys crept round the side of the house and leapt onto their bikes bombing it down the road towards the mountain ridge.  Carter followed Victor watching the sun setting over the foothills and enjoying the thrill of being out so late on his own.

By the time they arrived at a cluster of tress deep in the gorge of the hills, the sun had truly set and it was pitch dark outside.  Carter shivered wishing he had bought a flashlight and some warmer clothes. 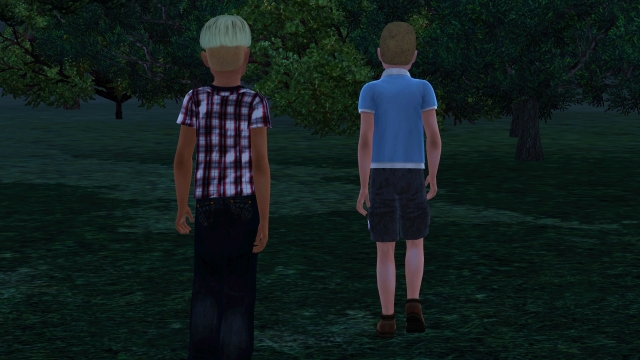 Back at home, Bella and Charlie had finished watching the sun set.  “It’s getting late kid, we should go inside,” Bella said.  “Where’s your brother?” 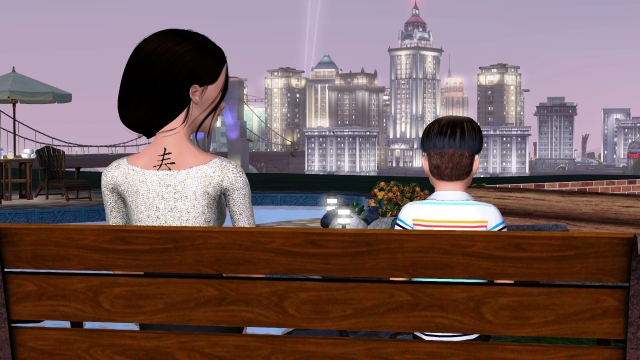 “I dunno,” Charlie replied shutting his book and looking around the garden.  “He was here a minute ago.”

Bella got up and wondered round the garden calling Carter’s name.

When there was no reply, a sinking feeling of fear flew through her body. “Carter Thomas Starr, will you come out right now and answer me.” But her reply was met only with silence.

“Carrrrrtttttttterrrrrr,” she called out again until her lungs hurt, panic piercing her like a sword. 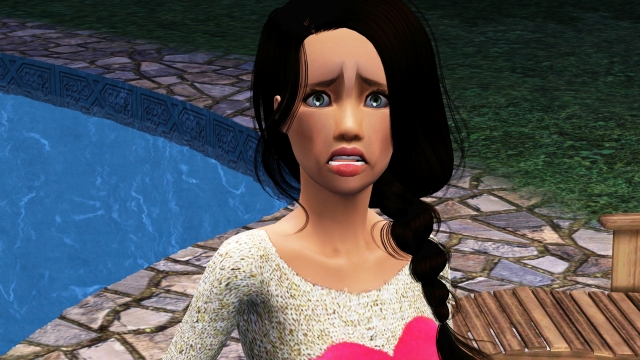 Creeping around the undergrowth of the forest, the same feeling of panic was starting to seep through Carter.  “Victor,” he called to his friend.  “It’s too dark. I think we should be going back now.” 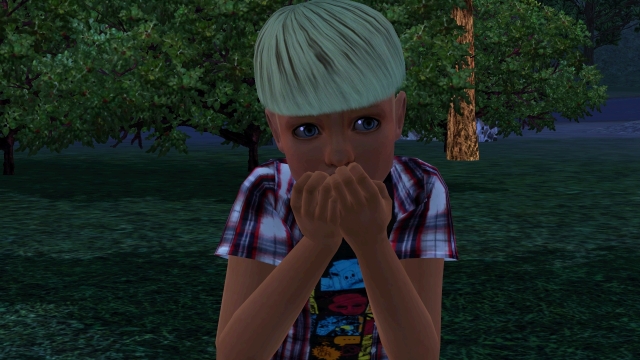 “Come on chicken, it’s only a little further.”

Carter carried on following his friend.  He had no idea where they were or how to get back and the fear was creeping closer and closer to him.  Every sound made him jump even a twig snapping underneath his feet alarmed him. “Please can we go back Victor,” he begged.

“Don’t be a baby,” Victor jeered pushing on further and further into the darkness

Suddenly the noise of crushing leaves and heavy footsteps bounded up behind them a heavy hand fell on both of their shoulders. Both boys jumped out of their skin, screaming like girls.

They spun around to see a police officer peering down at them. “Come with me lads,” the cop commanded. “There are a lot of people looking for you.”

The boys did as they were told. Carter filled with relief and Victor filled with anger at being dragged away from his adventure.

The cop dropped Victor off at his home first then drove the windy roads back to Carter’s home.  The policeman was a lot less scary than Carter thought an officer of the law would be.  He did not reprimand him and chatted away to him like he was a man rather than a boy. He felt so grown up and cool riding in the police car and wished his brother could be here to see him.

The same could not be said for Bella. She was waiting frantically on the front lawn when the cop car pulled up.  When Carter got out she pulled him into her arms hugging him so tight he could hardly breathe.

She then pulled back and exploded.  “What were you thinking,” she yelled.  “Don’t you ever do that to me again Carter; I was worried sick about you.”

“I’m sorry mum,” Carter replied hanging his head in shame and trying to hide the tears rolling down his cheeks.

“Its ok darling,” Bella said taking a deep breath and cradling her son again.  “Now go inside and get ready for bed, I’m just going to talk to the officer and then I’ll be in a minute to tuck you in.”

Carter did as he was told and skulked in doors. 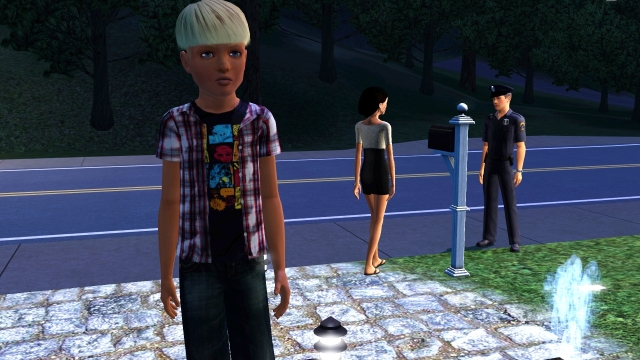 As he turned into the lounge to take the stairs to his room he looked out of the window at his mother conversing with the officer. 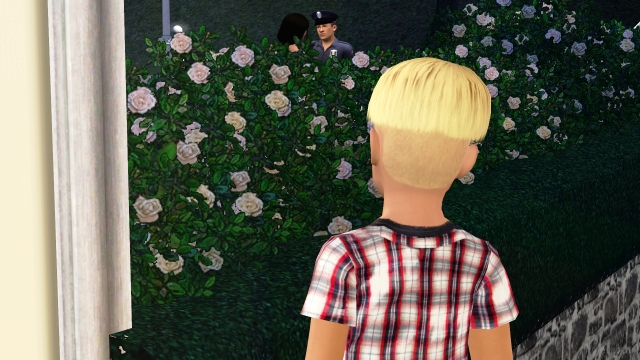 A light bulb suddenly went off in his head.  He raced upstairs to tell his brother that the search was over – he had found them a new dad! 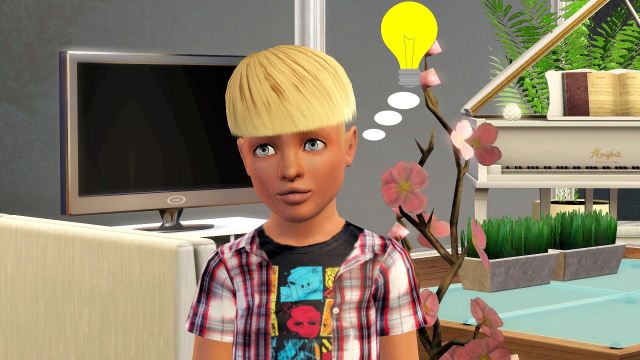