Time.  Time heals all so the saying goes, and this is the case in most instances.  It was certainly the case for Carter, so he thought.  He managed to put the betrayal out of his conscious, though blind to him it still lay simmering in his self-conscious, eating away at him every day.  He threw himself into his career – working his way up the ranks in various bars and clubs throughout Bridgeport until he was one day made Head Barman at the famous “Purple Lounge” – the hangout for the rich and famous. 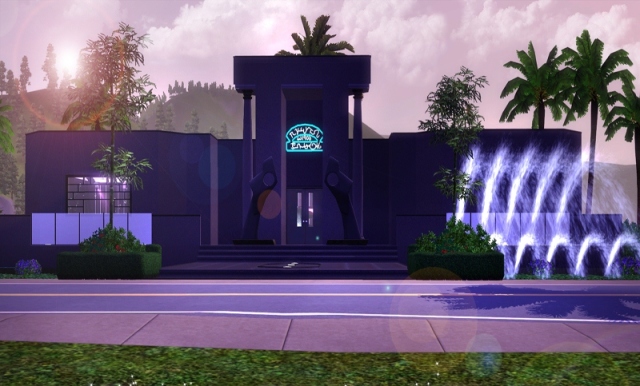 And with the role, Carter became a celebrity in his own right. His mixology skills were at their peak and he put a show on for his audiences night after night revolutionising the cocktails and displaying such a sense of showmanship, no-one could resist tipping him big bucks!

Teamed with his new status and the simmering sense of treachery deep within him, Carter soon became a work-o-holic.  He ate, drank and slept mixology working all hours at The Purple Lounge and sacrificing a normal life.  Laughter, friends and love.  He was meticulous in his execution of his cocktails that if even one customer did not appreciate his efforts, then he was proudly shown his distain towards them by either not allowing them the privilege of drinking one of his drinks. Or just accidently spilling the drink over the customer or spraying them with his blow torch to get their full attention.

“Hey Carter,” one of the waitress cooed one night. “Fancy coming out dancing with me and the other waitresses after work tonight?”

Carter gave her the same answer he gave to every girl who asked him out.  “Maybe not,” he replied.  “I’m not dating anymore but you guys go and have fun.” 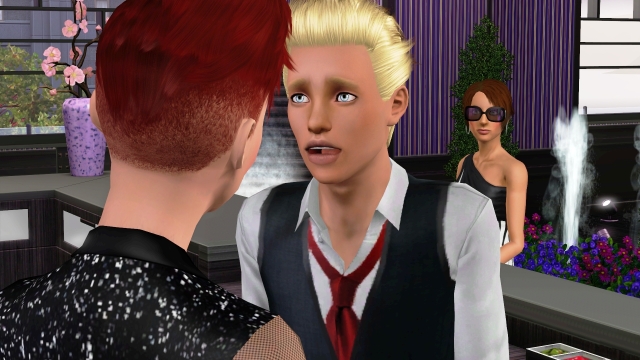 “Shame,” the waitress replied winking at him and swanning off wiggling her hips. Carter watched her go and let out a huge sigh.  He was tempted, but he had made the decision a long time ago to never date again and he was sticking to it. Anyway, he had customers to serve!

The bar closed at 2am every night and whether or not he was on shift, Carter was always there to close up.  Thus followed the hours’ drive home and into a dark house as Bella and Lee were always sound asleep by the time he got home.  Pulling a microwave dinner out of the fridge he would heat up his evening’s supper and then sit alone at the dining table eating his meal in silence. It was the same routine every night. 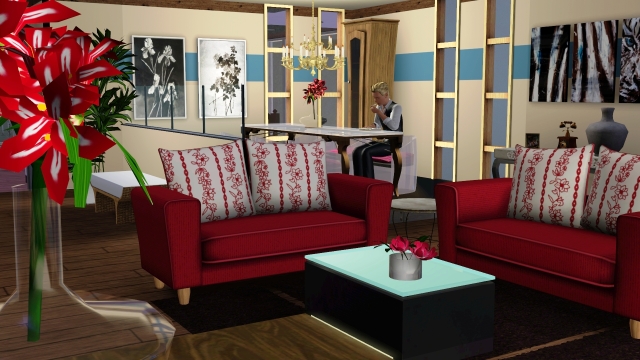 It was 4pm on a Friday afternoon when everything changed for Carter and his controlled life was turned upside down.   He was busy wiping down the bar in preparation for the afternoon trade to arrive when a police officer came into the club.

“What can I do for you officer,” Carter asked curious by the figure of authority in his club.

Carter swallowed the lump in his throat.  Was he in trouble?

“Well Mr Starr I have to ask if you could come downtown to the station with me straight away.”

“Am I in any trouble officer?  Is there something wrong with my family?”

“No no, it’s nothing like that Mr Carter.  But I do ask that you come with me immediately, everything will be explained when we get there.”

Carter did as he was told why wouldn’t he?  He followed the cop to his patrol car and sat in silence as he was driven to the police station. As he listened to the crackling voices from the officers’ radio, a thousand things went through his head, all of them bad.

When they arrived, the cop led him through the station, up the stairs and into the back offices.  There were cops working in every corner tapping away at their keyboards and Carter wondered if they knew more then he did. 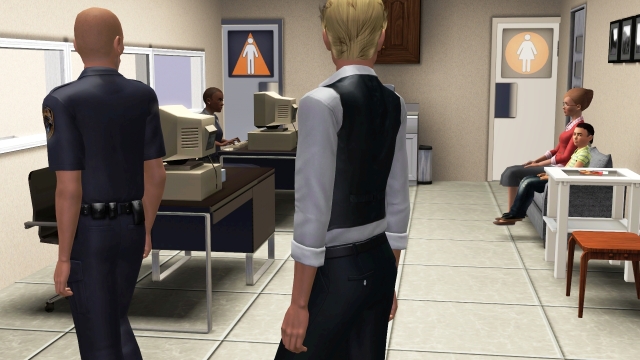 Carter was then ushered into a side room with the only windows leading to the hall way.  It looked like a friendly enough room – certainly not what he would have thought an interrogation room to look like. More like a room used to break bad news to someone.  “Please sit down Mr Starr,” the officer said indicating one of the sofa’s in the corner of the room.

“What is this all about,” he asked again as the officer took the adjacent seat to him.

The cop sucked in his breath and then started.  “Mr Starr do you remember knowing a woman by the name of Sadie Woo?”

A wave of nausea rushed through Carter at the mention of her name.  “Yes,” he replied through gritted teeth.

“Well this morning at approximately 08.00hrs Miss Woo turned up at this police station with a young boy in toe.  She handed the boy over to the policewoman behind the desk and ran off screaming that she could not cope anymore. Before anyone knew what was happening, she had disappeared like a ghost.” 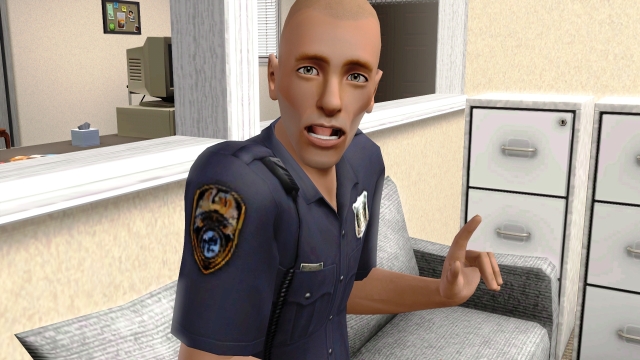 Carter turned to look out of the reinforced window realising the child in his view was probably the abandoned boy.  “Poor kid,” he said. “But what has this to do with me?”

“Miss Woo left a note pinned to the boy’s clothes.  She named you as the father Mr Starr.”

Carter’s eyes nearly popped out of his sockets.  “But that’s not possible.  I haven’t seen Sadie in five years and we were only together once!”

“Mr Starr the boy is yours.  We ran a DNA test today as we have samples of everyone born in Bridgeport.  The test turned up positive – that five year old boy out there is your son.”

Carter once again turned to look at the child. He sat quietly with his minder, swollen eyes where he had obviously been crying.  I have a son, Carter said to himself over and over again. 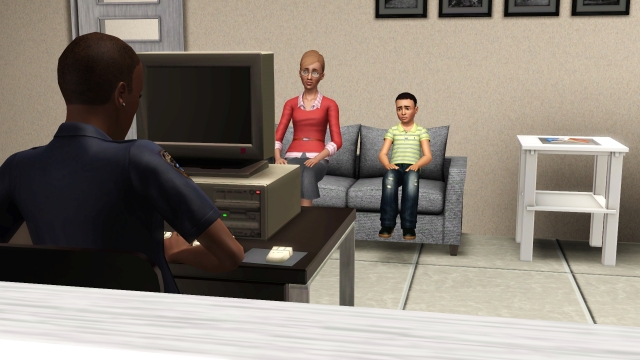 “Now I know this must have come as a big shock to you Mr Starr as it is clear Miss Woo never told you about Danny….”

“Yes that’s his name, Danny,” the cop cleared his throat and continued.  “So we now need to figure out what is best for Danny. He has no other living relatives and we cannot trace Miss Woo, you are all he’s got.  Therefore either you take him or he will have to go into a children’s home until we can find something more permanent for him.”

Carter could hear the cop distantly in the back of his head, but his eyes were fixated on Danny.  “Mr Starr, I need a decision, the boy has been here all day and we need to arrange moving forward.”

Carter finally looked at the cop.  “Yes of course he will come with me,” he replied.

After filling out all the paperwork, the officer dropped Carter and Danny back at his car and Carter drove the hour back home.  Danny sat next to him in silence and Carter could feel him quivering beside him. He tried to make small talk asking him about himself, but Danny never answered him, his barriers were well and truly up.

When they arrived home, Bella and Lee were snuggling on the sofa, not expecting Carter to be home for hours.  “Hi mum, hi Lee,” Carter said.

“Hey Carter,” Bella chimed.  “Who’s this,” she asked looking down at the small frightened child at her son’s side.

“This is Danny,” Carter replied.

Silence filled the room and Bella and Lee exchanged a look that only they would understand.

Lee rose from his seat and headed over to Danny.  “Hey Danny,” he begun in his softest voice.  “I have a really cool new video game.  Wanna come and check it out with me?” 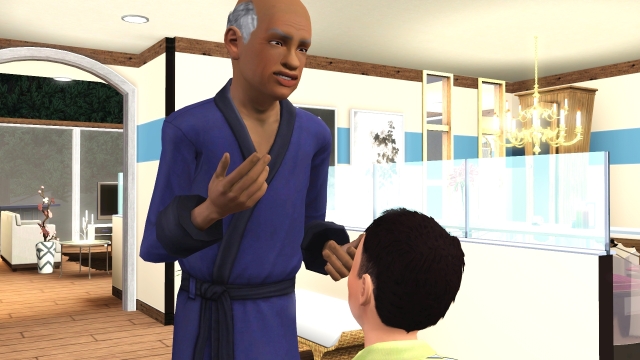 Danny looked back at Carter and Carter nodded his head back to him.  He followed Lee down the corridor and into the sitting room, out of sight and ear-shot. 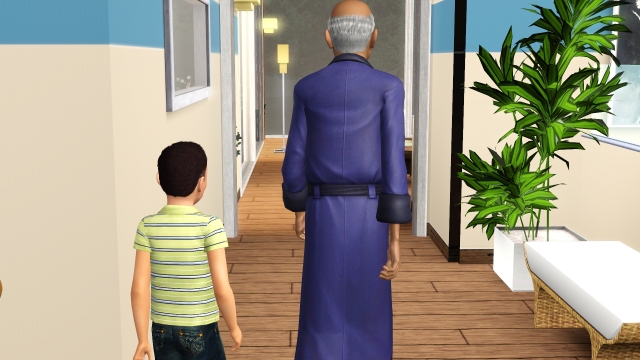 Carter then went and slumped next to his mother. “What’s going on darling,” she asked. Carter heaved a big sigh and then proceeded to tell his mother everything, about Danny being his son and about Sadie just dumping him at the police station earlier that day.

“Why did she never tell me,” Carter cried.  “It’s been five years and I never knew I had a son.  What am I going to do mum, I have no idea how to raise a child!” 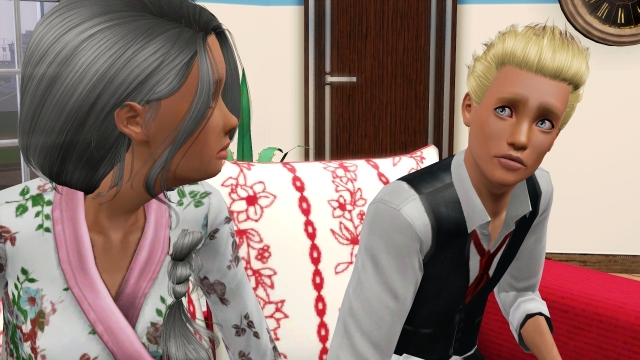 “I will help you. But for now it doesn’t matter about what has past. What matters is that little boy who has just lost everything he knows and loves in the world.  You need to be strong for him.” 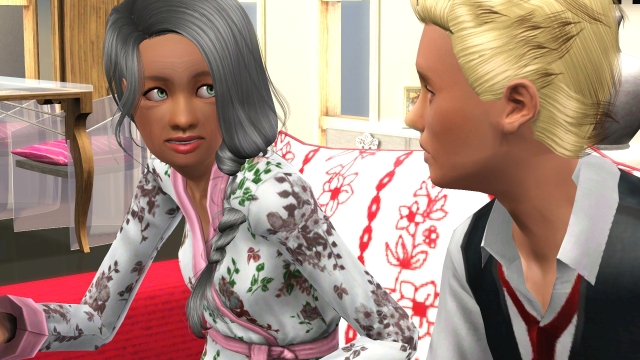 That night they put Danny to bed in Charlie’s old room. He fell asleep instantly, probably exhausted by the trauma of the day.  But Carter did not sleep so easily.  Every emotion he had ever known was coursing through him.  What was he going to do with a kid?

Carter slept late the next morning, later than his normal 7am wake up. He made his way downstairs and could hear voices and chatter coming from the morning room. Making his way through he saw Bella, Lee and Danny at the table tucking into plates of homemade pancakes.

Suddenly, Cater knew everything would be ok and he knew what he had to do.  He pulled out his phone and called up his boss telling him that he was going to be taking a couple of weeks off work. 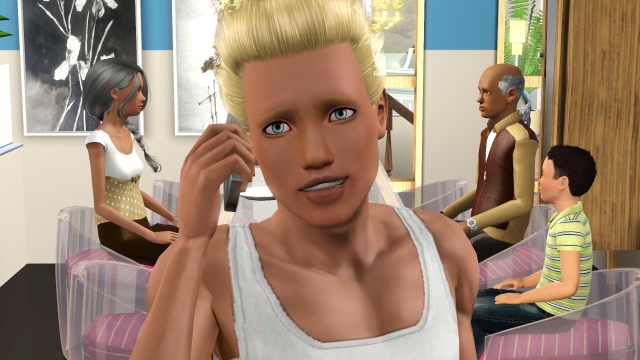 He spent the entire two weeks with Danny. He did everything he thought a dad should do with his son, though he did not have much to go on as his own dad had died before he was even born. He taught Danny how to play ball…

… and they even camped together one night, roasting marshmallows over and open fire and snuggling up in their sleeping bags.

The fact that they set up camp in the back garden did not seem to bother Danny, which was lucky for Carter as he was not adventurous enough to want to brave the actual wild. 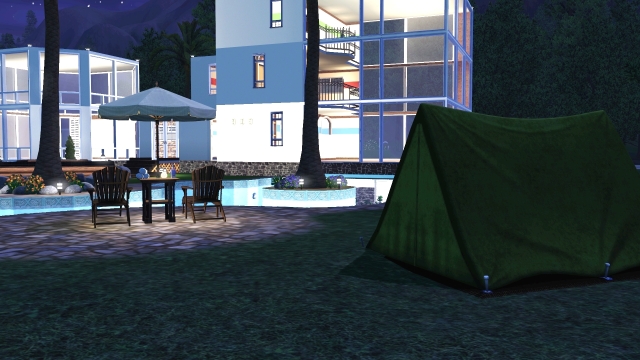 But even though Danny’s barriers were beginning to drop, Carter had still never seen him smile once, despite his efforts to make him laugh. He always had the same deep-rooted scowl on his little face, the same look he had when Carter had first met him at the police station.

After two weeks, Carter enrolled Danny in school thinking it might help his development to make friends his own age. He walked him to the school gates and drew his son into a big hug, not wanting to let him go.  The last two weeks had been life changing for him.

“Bye dad,” Danny called running through the school doors.  Carter thought his heart might break with love. Finally there was a break through – he had called him dad – but still no smile. 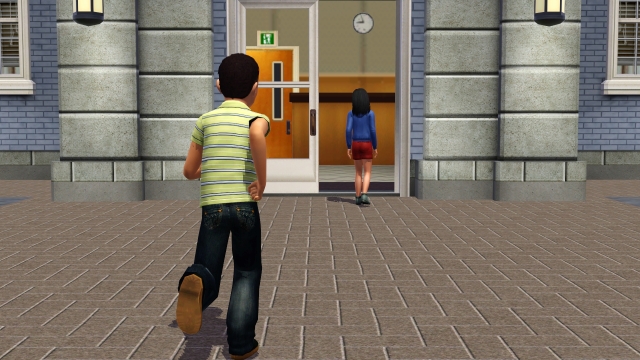 Carter went straight into work after dropping Danny at school. It was his first day back after two weeks off – the longest time he had taken off in years.  As he walked up to the front door of the bar, he was filled with excitement, he had not realised how much he had missed his job.

But the moment he walked through the doors, he knew something was not right.  The waitresses did not greet him like the normally would and whispered to each other instead. He made his way over to the bar and suddenly saw what was going on.  There was a new bartender at his post – he had been replaced! 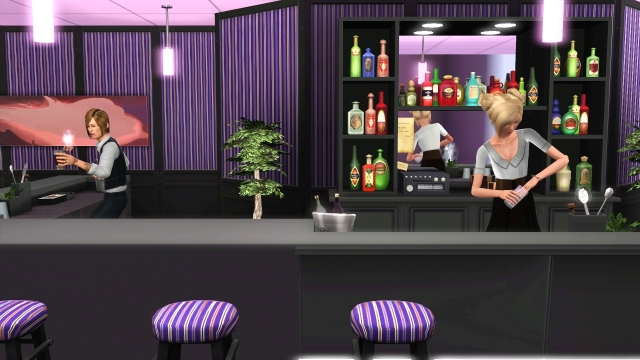 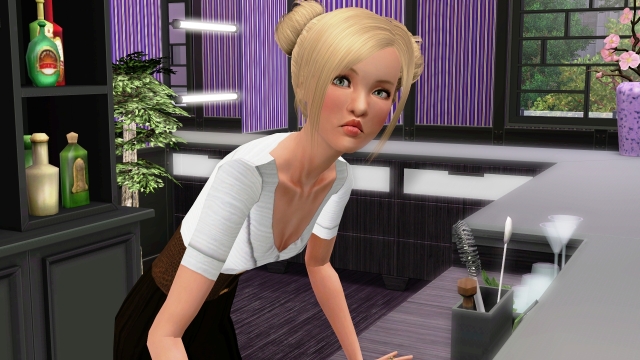 This entry was posted in Generation Three. Bookmark the permalink.